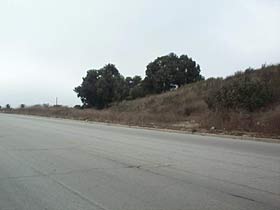 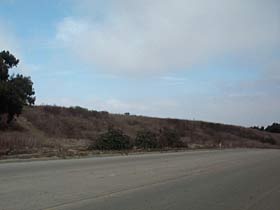 Following the Draft EIR's public review period, a Final EIR (including Responses to Comments on the Draft EIR) was prepared and made available. The Final EIR includes responses to the comments that were received during the public circulation period of the Draft EIR and includes edits to the EIR document if deemed appropriate and necessary.

The Notice of Availability and the Draft EIR were prepared and completed for the proposed Crestridge Senior Housing project. The Draft EIR is an information document that evaluates the proposed project's potential to significantly impact the environment, while also identifying ways to reduce or avoid environmental impacts through mitigation measures and alternatives to the project.

The Draft EIR was circulated to public agencies and the general public for a comment period of 47 days, until October 8, 2012. In addition, public comments were received during the regularly scheduled Planning Commission meeting of Tuesday, September 25, 2012.

You can view the Notice of Availability (PDF) and the Draft EIR.

The City determined that the project requires the preparation of an EIR, and a consulting firm was selected to prepare the necessary EIR. The "Initial Study" and "Notice of Preparation (NOP) of a Draft EIR" for the project were prepared and circulated for comments between May 29, 2012 and July 12, 2012. A public scoping meeting was held on June 26, 2012 (during the public comment period for the NOP/IS) by the Planning Commission to receive comments on the issues that should be addressed in the EIR for the pending project.

The proposed Crestridge Senior Housing project would involve the development of a senior-restricted (55+ years of age or older) for-sale residential community with supportive service program by a private developer (TruMark Homes). The proposed project would include 60 attached residential units at an overall density of 6.15 units per acre. The proposed townhome-style and single-level living stacked flat residences would have 2 bedrooms and 2 bathrooms in 6 different floor plans, ranging from approximately 1,700 square feet to 2,100 square feet. The units would be 2 stories in height with up to 5 residences per structure. The main architectural style of the residences and other onsite structures would be Spanish Colonial. Elements of this style include the use of arches, tile roofs, window grilles, wrought iron, corbels, tile or stone decorative elements low-pitched, exterior courtyards, tiled parapets and stucco walls. Other complimentary architectural styles would also be incorporated in the residential building designs. Construction of the proposed project would require grading in order to reduce the slope of portions of the hillside. A total of 145,000 cubic yards of cut and 2,000 cubic yards of fill will be conducted to accommodate the overall Project.

Since 2002, there has been a proposal for utilizing two vacant parcels on Crestridge Drive for a senior housing (market and affordable housing)/senior center/passive park project. The two parcels are located in the 5600-block of Crestridge Road, between Crenshaw Boulevard and Highridge Road. One parcel consists of a privately owned 9.76-acre lot (located just East of the Belmont Village Assisted Living Facility) and the other parcel is the City RDA-owned "Crestridge property" located on the corner of Crestridge Road and Crenshaw Boulevard.

The concept for a proposed senior housing/seniors center/passive park project at this site was originally presented by Standard Pacific (a residential developer), at a joint workshop held on May 7, 2002 between the City Council, Planning Commission and Finance Advisory Committee to discuss alternative land uses for the private property and the adjacent City RDA-owned Crestridge property. At that time, the City Council authorized Standard Pacific to move forward with the project. In August 2003, the City was informed that Standard Pacific was no longer pursuing development of the project and that the property owner (Crestridge Estates LLC) was looking for other developers to proceed with the proposed senior housing/seniors center/passive park project. Nonetheless, the property owner continued to move forward with assembling the necessary application package for the proposed project, which consists of applications for a General Plan Amendment, Zone Change, Tentative Tract Map, Conditional Use Permit, Grading and Variance. The application package was deemed complete on April 25, 2005. On May 25, 2005, the City completed its preliminary environmental review of the project and determined that the preparation of a Focused EIR would be necessary for the project.

In October 2005, the City was formally notified that Laing Urban would be the developer moving forward with the conceptual project presented to the City Council at the May 7, 2002 workshop. The project proposed by Laing Urban would include up to 102 senior condominiums (including 5 affordable housing units), a building pad for the Peninsula Seniors to develop a "Seniors Center" and a public passive park and trails. The proposed "Seniors Center" will be approximately 10,000 square feet in size and will contain a large multi-purpose room, conference rooms, activity rooms and administrative offices.

An NOP/Initial Study for the project was prepared and circulated for public review between January 4 and February 15, 2006. In addition, on February 14, 2006, the Planning Commission conducted a scoping meeting to obtain public feedback on the NOP/Initial Study. On June 7, 2006, Laing Urban submitted a revised plan in response to comments received during the public scoping process. Some of the key changes included a reduction in the unit count (from 100 units down to 97); an increase in the number of side-be-side units (townhouse appearance) from 25 to 29; a decrease in the number of the large buildings that contain multiple units from 5 to 4 and a re-orientation of the buildings; a reduction in the overall grading quantity, from 265,000 cubic yards to 150,200 cubic yards; and, relocation of the passive park/overlook area from the eastern portion of the site (adjacent to Crenshaw) to the western edge of the site adjacent to the property line that is shared with Belmont. The proposed location of the Peninsula Seniors Organization building was not affected.

In January 2007, additional revisions were submitted to the City, which included an increase in the unit count (from 97 units, up to 102); a further reduction in the amount of overall grading; and modifications to the building heights and retaining wall layout throughout the site.

In May 2007, the City was formally informed that Laing Urban was no longer pursuing development of the project. As a result, the property owner (Crestridge Estates LLC) tried to identify other potential developers to proceed with the proposed senior housing/seniors center/passive park project. A well known and established developer that meets the City's satisfaction was not able to be identified and so the property owner has opted to pursue development of the privately owned 9.7-acre lot on his own. Revised applications for the "Crestridge Senior Villas" development and senior center on solely the privately owned 9.7-acre parcel were submitted on December 17, 2008.

On July 16, 2009, the project applications were deemed complete for processing, and the environmental consultant was retained to commence work on a Draft EIR. However, in December 2009, the consultant requested additional information to complete certain sections of the analysis, which include visual simulations, hydrology and geotechnical reports, among other miscellaneous information. The applicant has not submitted the requested information.

Subsequently in the March 4, and March 11, 2010 PV Peninsula News, notices were published indicating that Crestridge LLC was in default with the subject property. As a result, processing of the project applications was suspended, and on January 26, 2011, the applications were withdrawn at the request of the applicant.

A new proposal for development was submitted in February 2012 for the Crestridge property, which is solely to develop the 9.75-acre vacant parcel located between the Belmont Assisted Living facility and the Mirandela Senior Housing complex. The project is being proposed by Trumark Homes. The new proposal is described above along with the status of said new proposal.

Status as of May 2016
On May 10, 2016, the Planning Commission, in light of concerns raised by some residents regarding the construction of the condominium project, directed Staff to bring a status report item on its June 14, 2016 Planning Commission Agenda as a public hearing. The Planning Commission requested that the Status Report address the following items, at minimum: 1) Verdura Walls, including information on how and why the railing was installed; 2) Who approved a changed from a pitch roof to a mansard roof to certain buildings throughout the development; 3) What color will the flat portion of the mansard roof be; 4) update on the landscape plan; 5) verification of the building density per the City Council approvals. In addition to these items, Staff will report on various concerns relayed by public.