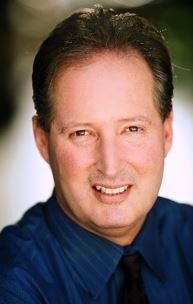 Because of his involvement with hundreds of unique engineering projects, John leverages that experience to successfully support his client’s critical projects. His current responsibilities include corporate leadership, client relations, business development, community outreach, and project management.

John started his career working for Caltrans (Los Angeles) then two civil engineering firms prior to starting his own.

John attended the University of Southern California (USC) where he received his Bachelor of Science in Building Science in 1988. He became a Registered Civil Engineer in the State of California in 1993. He is a licensed professional engineer in more than 20 states. He obtained his Master of Science in Engineering Management from USC in 1994.

In addition to 30 years in civil engineering, John is currently a Board Member and Past President of the Harbor Association of Industry and Commerce where he formed their Workforce Development Committee. In 2017, he was named a Fellow with the American Society of Civil Engineers (ASCE), awarded Alumni of Year from USC’s School of Civil Engineering, and elected as a City Councilmember for the City of Rancho Palos Verdes. He is currently a Rancho Palos Verdes City Councilman where he represents his City as 2nd Vice President with the South Bay Cities Council of Government and a Los Angeles County Sanitation Board Member.

John lives in Rancho Palos Verdes with his wife, Jennifer and son, Sean, who is away at Arizona State University studying.