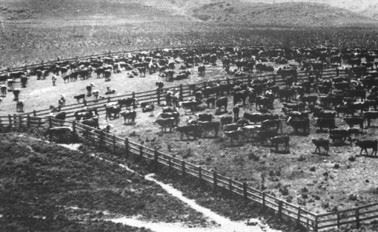 At the close of the 19th Century, the Palos Verdes Peninsula was inhabited solely by a few cattle ranchers and shepherders. The Land was mostly covered with nothing more than native vegetation. Then, for a brief period in the early 1900s, the Peninsula enjoyed prosperity not only as a cattle ranch, but also as a rich farming area. Japanese families farmed the most southern slopes, growing fields of beans, peas, and tomatoes, while barley, hay, and grain were grown on the dryer northern slopes. In 1913, Frank A. Vanderlip, president of the National Bank of New York, purchased the 16,000-acre Palos Verdes Peninsula with a vision to develop the “most fashionable and exclusive residential colony” in the nation. Unfortunately, his dream was put on hold after the Great Depression and the onset of World War II. None of these setbacks, however, reduced the beauty of the Palos Verdes Peninsula or its potential desirability as a residential area.

In July 1953, the Great Lakes Carbon Corporation, which was leasing land on the Peninsula for mining, purchased 7,000 acres of prime undeveloped land from the Vanderlip family. After several unsuccessful mining attempts, the Great Lakes Corporation abandoned its mining operations and hired a group of skilled architects and engineers to create a master plan for development of its vast property. Palos Verdes Estates had incorporated in 1939, and just prior to the great building boom in the late 1950s and early 1960s, the cities of Rolling Hills and Rolling Hills Estates both incorporated in 1957. 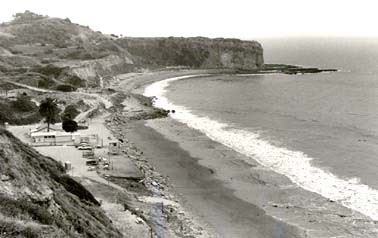 Fueled by a Los Angeles County (County) master plan and the post-World War II economic growth in the South Bay area, the remaining unincorporated part of the Peninsula (now the City of Rancho Palos Verdes), began to develop rapidly as the County granted several zone changes allowing higher-density construction. Little regard was paid to the Peninsula’s beauty, openness, or sensitive environment. During the 1960’s the leaders of the three existing cities and citizens of the unincorporated area repeatedly attempted to convince the County to restrain uncontrolled development and institute planning and zoning regulations more compatible with the area’s unique qualities.

In the mid-1960’s the Peninsula Advisory Council, a group of homeowner associations from the unincorporated areas was created to provide more clout in negotiations with the County. The Peninsula Advisory Council along with representatives from the three incorporated Peninsula cities-Palos Verdes Estates, Rolling Hills Estates and Rolling Hills repeatedly met with the County and developers to encourage proper limitations on the development of the Peninsula’s coastal area.

The Emergence of Save Our Coastline (SOC)

The failure of this coalition of city leaders and the Peninsula Advisory Council’s efforts to restrain unbridled development became evident when, in December 1969, the County surprised the Peninsula representatives by unveiling and adopting a new Master Plan for the area, known as the Bevash Plan. This plan enabled high-density uses including high-rise developments (up to 73 units per acre) along the coastline. 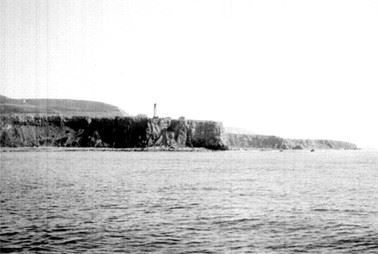 Emboldened by the legal victory, SOC petitioned the County Board of Supervisors to accept the signatures on the initial petition and continue the incorporation process, since the number of voters exceeded the 25% filing requirement and the developers protest fell well short of the 50% plus one requirement. SOC’s request was approved by a slim 3 to 2 vote by the Board of Supervisors. 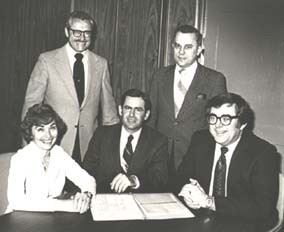 The County agency responsible for conducting incorporations, the Local Agency Formation Commission (LAFCO), set the election for the proposed city of Rancho Palos Verdes on August 28, 1973. Some 80% of the registered voters went to the polls and voted by a margin of 5 to 1 for cityhood. The name Rancho Palos Verdes was approved and 5 candidates out of a field of 24 challengers were elected to the first City Council. They were, seated left to right in the image to right, Marilyn Ryan, Gunther Buerk, and Robert Ryan; standing left to right, Dave (Cisco) Ruth and Ken Dyda.

With its incorporation, the City of Rancho Palos Verdes became the youngest of the four cities on the Palos Verdes Peninsula, each of which had incorporated for the same basic reason – to take control of planning and policy implementation over the area in order to preserve its natural beauty, openness and small community atmosphere. With its magnificent views, beautiful rolling terrain, mild climate, and clean air, the Peninsula is a most desirable place to live.