The idea of developing a Civic Center at Upper Point Vicente Park is a concept nearly as old as the City itself. The City's General Plan, adopted in 1975, states on page 86: "City offices are located on the Nike Missile Site under an interim lease. The City's goal is to acquire this site when it is finally disposed of by the Federal Government. It is the City's intent to use the site for a civic center and parkland. While the Nike Site is not in the geographic center of the City, it has the potential for becoming a strong focal point for the community."

The City was successful in acquiring the Upper Point Vicente property from the Federal Government in 1979. In the intervening years, the City has made several attempts to develop a master plan for the property (the earliest of which was in 1980), although none of these attempts achieved any real traction. In the meantime, City Hall offices have been housed in the circa 1950s military buildings on the site, with the addition of a few temporary trailers over the years.

The last attempt to create a new Civic Center at Upper Point Vicente Park began in 2004, when the City Council established an Open Space Planning, and Recreation and Parks Task Force. One of the Task Force's areas of emphasis was the Upper Point Vicente property, including the Civic Center component. That same year, the City Council identified the development of a new Civic Center as one of its Tactical Goals. The concept for the property was further refined in 2008 with the preparation and adoption of the Rancho Palos Verdes Coast Vision Plan. 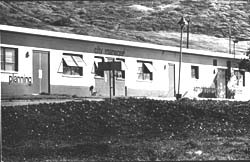 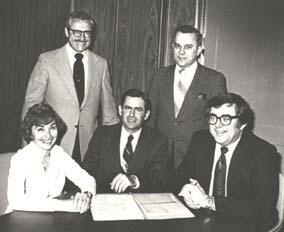