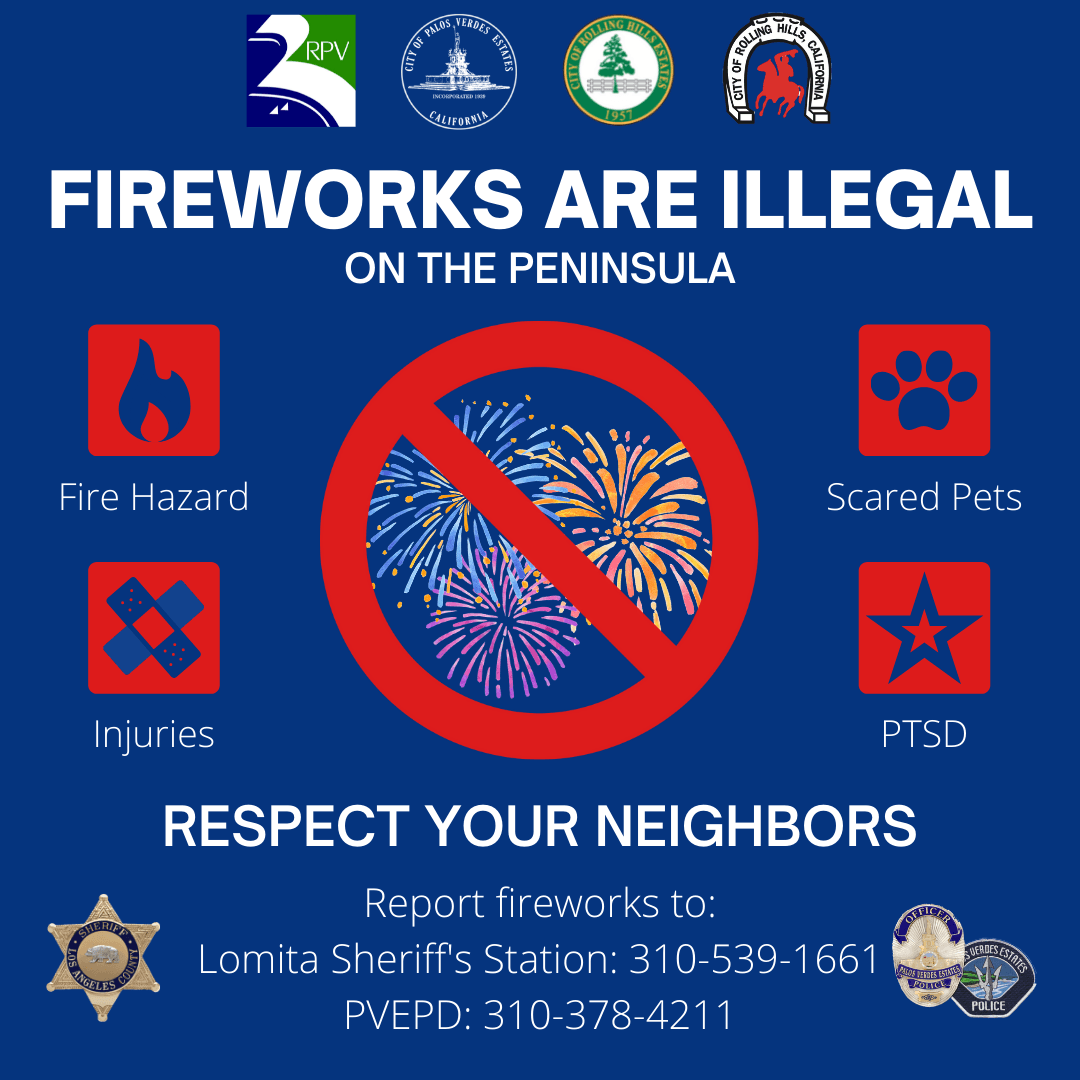 Residents are reminded that all fireworks are illegal within city limits, and on the Palos Verdes Peninsula. Anyone found using illegal fireworks is subject to a $1,000-$7,500 fine. This includes "safe and sane" fireworks, as well as smoke bombs or smoke sticks commonly used for gender reveal parties.

With vast open space areas and canyons full of brush, virtually the entire City of Rancho Palos Verdes falls in a Cal Fire-designated Very High Fire Hazard Severity Zone. It can only take one spark to ignite a catastrophic wildfire on the Peninsula, threatening lives and property in an area with limited evacuation routes. Fireworks can also trigger extreme episodes of trauma and fear in those who have post-traumatic stress disorder and in pets.

Respect your neighbors and obey the law.  DO NOT light fireworks.

To deter the use of fireworks that could spark a wildfire on the high-risk Palos Verdes Peninsula, the Rancho Palos Verdes City Council in May increased fines for fireworks violators in the City to $1,000 for a first violation, $5,000 for a second, and $7,500 for third and subsequent violations. Previously, the fine started at $500.

Report fireworks in the City of Rancho Palos Verdes to the Lomita Sheriff's Station at 310-539-1661.